Megan Fox swaps her black hair for a light silver color for new role as a serial killer in the movie Johnny & Clyde: ‘This is what the devil’s daughter looks like’ 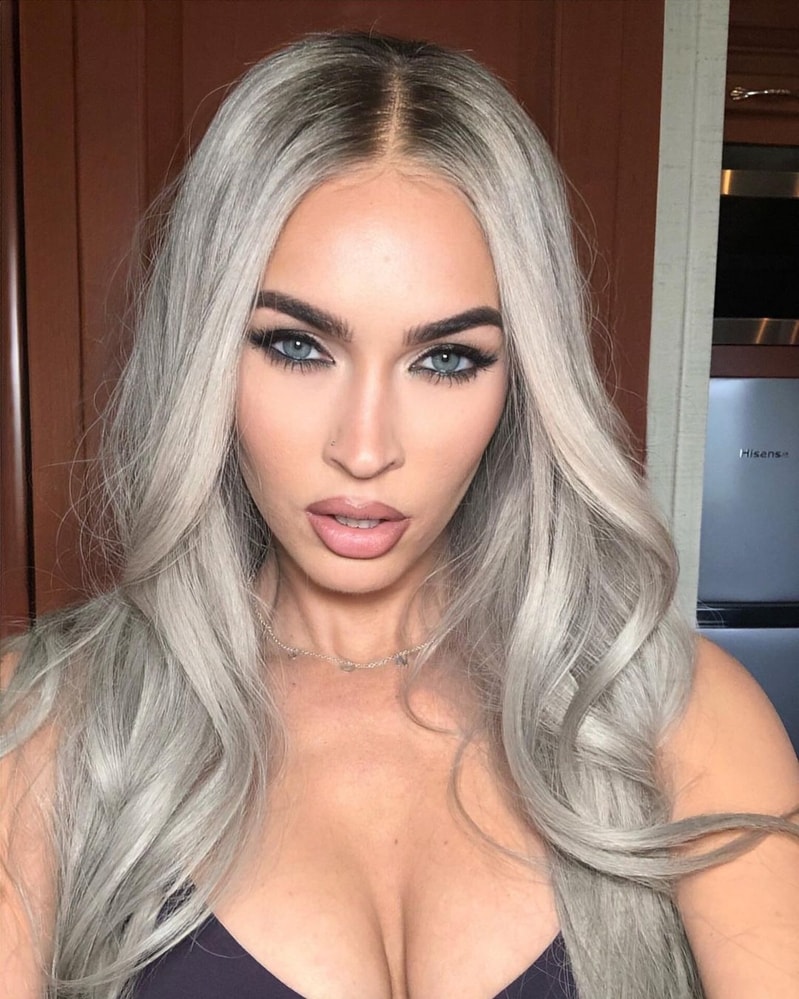 Jennifer’s Body actress, 35, shared a headshot in which she flaunted her cleavage in a black bra while wearing the new color.

‘This is what the devil’s daughter looks like.’ #JohnnyAndClyde ‘Coming Spring 2022,’ wrote Machine Gun Kelly’s girlfriend in an Instagram caption.

The film is a fresh take on the classic Bonnie and Clyde tale.

‘Johnny and Clyde are two serial killers who are madly in love and on an endless crime spree,’ according to the synopsis.

‘They’ve set their sights on robbing a lucrative casino owned by crime boss Alana and guarded by a demonic slayer under her command.’

The film is currently shooting in Rhode Island.

Fox still had some dark roots in the new photo, which matched her deep chocolate brown brows.

Her long silver hair was worn in soft waves down her chest, and she wore heavy eye makeup with black liner and long lashes, as well as a light mauve lipstick.

She was wearing a black bra and a silver necklace with letters on it, most likely the first letter of her three children’s names: Noah Shannon Green, Bodhi Ransom Green, and Journey River Green, all eight years old.

His real-life love, professional dancer Sharna Burgess, is now competing on Dancing With The Stars with him.

Megan was typecast as a sex symbol early in her career as a result of her roles in ‘Transformers’ and ‘Jennifer’s Body,’ and she admitted last year that she was still ‘angry’ about the backlash.

‘I started getting really angry,’ the 35-year-old actress explained after watching one of her earlier films.

‘F*** that, why did I spend a decade thinking I was a jerk when I was actually pretty good at it?’ That led to the realization that I’d spent so much of my life in a self-imposed prison.’