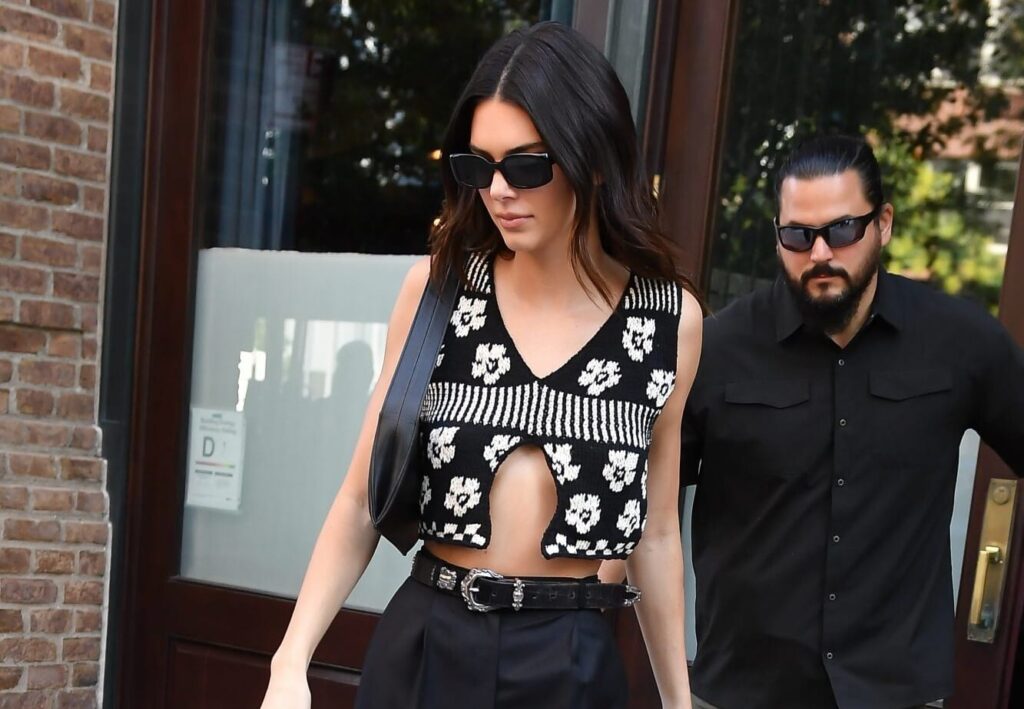 Kendall Jenner proves that cropped tops and cutouts aren’t just for the summer.

On Friday, she wore a cropped torso daisy-printed sweater vest in black and white. The model completed her look with a black shoulder bag and rectangular sunglasses while wearing her ab-baring top with black trousers and chunky loafers.

Jenner’s outing follows her sister Kourtney Kardashian’s dinner with Kardashian’s boyfriend, Travis Barker, in New York City. The model wore a mesh printed dress with PVC heels and a burgundy handbag for the evening out. According to the Daily Mail, she also attended an event in the city for her 818 Tequila brand, where attendees were given a taste of tequila.

Kendall Jenner shared photos of herself with a horse, farmers among the agave plants, and strategically placed bottles and glasses of 818 after the brand was called out for cultural appropriation during its initial launch in February.

“Learning about this beautiful place, its [sic] beautiful culture, and the beautiful people has been an incredible experience!” ‘At the time,’ she wrote. “@drink818 has launched in California… we’ll be rolling out to the rest of the US throughout the summer, so stay tuned!!!”