The Met Gala Came Back With a Force Last Night 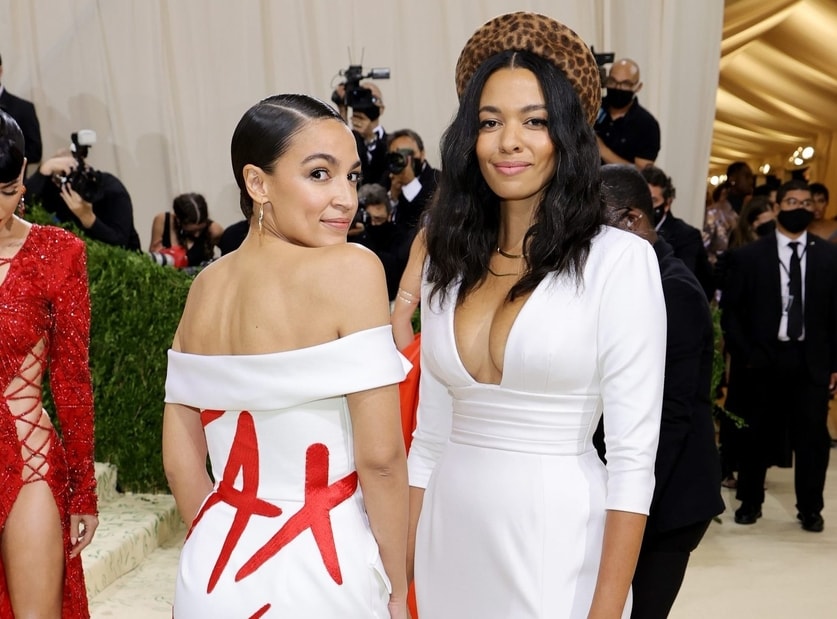 After being one of the first major events to be canceled due to the pandemic last year, the Met Gala returned with a bang last night.

On Monday, celebs dressed up in their best versions of the subject “In America: A Lexicon of Fashion” for fashion’s biggest night out. And this year’s attendees wore it all, from Jennifer Lopez’s cowboy hat to Emily Blunt’s Statue of Liberty-inspired ensemble.

The loose theme of “America” provided an opportunity for some attendees to make political statements — Rep. Alexandria Ocasio-Cortez wore a white gown designed by Brother Vellies’ Aurora James with the words “TAX THE RICH” splashed across the back in red. Megan Rapinoe carried a purse that read “IN GAY WE TRUST,” while Cara Delevingne wore a white vest with red lettering reading “PEG THE PATRIARCHY.”

With so many options (Rihanna’s beanie! ), it’s challenging to pick just one. The Barbie doll gown of Billie Eilish! It’s impossible to pick a favorite moment (Kaia Gerber’s skirt! ), but suffice it to say, the night was unforgettable.

And it’s not over yet: the theme for next year’s Met Gala, “In America: An Anthology of Fashion,” will be a continuation of last night’s. This is the first of a two-part Met Gala, which means we’ve only just begun.